The classic P&C (point and click) cyberpunk adventure game Read Only Memories: Type-M, finally made its way on the Play Store. The original version (2064: Read Only Memories) debuted on Steam and Ouya back in 2015 and received critical acclaim for both the art style and the narrative storytelling. The Android port arrives today, with a playable demo available for free.

About Read Only Memories: Type-M

The plot sets you in 2064, Neo-San Francisco, California. Personal assistant robots “Relationship and Organizational Managers” (ROMs), manufactured by a company called Parallax are taking the world by storm. Your friend and also an engineer at the Parallax company Hayden Webber is kidnapped. His creation, Turing (a self modifying robot and the world’s first sapient machine) pays you a visit one night. He explains that your friend is being taken and decides to join you in the quest to find him.

Read Only Memories: Type-M contains well over 10 hours of dialogues and gameplay. Player choices will dictate how to story goes and finally how the game ends. The standard point and click mechanics (or tap in this version) are accompanied by puzzles on multiple locations of Neo-SF, as are the NPC-s that you can talk to. The one thing missing from the Android version (at least in the demo I tried) is the voice acting. This was kind of important as you will probably spend A LOT of time reading the pixelated text.

On the other side, Android version of 2064: Read Only Memories costs only 6$ and is the cheapest version among all other platforms. The demo version includes the entire first chapter, so you can try the game and decided if you like to unlock the rest or not. There are no other in-app purchases and no ads. Download it from the link below and watch the trailer. 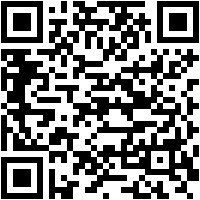