MoBu 2, a sequel to the “racing” game with monkeys (?) was released today. Coming from a Turkey-based game developer Panteon, the game was will hit the Google Play Store on June 12, but the game was available for me to take a quick look today. The slogan goes MoBu 2: an adventure meant to be shared with friends, which seems to be a bit misleading.

MoBu 2: Race With Friends is an arcade styled Mario Kart (or Sonic Transformed) racing with swinging monkeys on a 2D plane. Sounds confusing? It isn’t really that complicated. You swing over the pit, try to avoid deadly obstacles, collect as many bananas as you can and pick-up occasional power-ups along the way. That seems easy if you are playing the campaign mode where you swing alone, but as soon as you tap “Arena” things change drastically.

For start, you don’t necessarily “need” other friends to play online. The game will happily find 3 other … sorry, players that will fill up the empty spots and the fun may begin. Or so you might think. The game shares the same formula for team-playing as previously mentioned games, by supplying you and your opponents with weapons, distractions and unfair advantages through the course. Just as you approach the finish line, something hits you in the back and you have to start from the beginning of the level again. On the bright side, you can do the same to all other place and it all evens out at some point.

Controls are as simple as they can be. You only need your thumb (left handed? no problem) and precision timing your swings to acquire maximum velocity and collect everything you can. Aside from timing the swings, you can also move up and down while hanging from the rope. That’s about it.

The goodies you collect and the rewards you get can be used to buy spells and outfits to customize your pale friend and stand out from the crowd.

MoBu 2 is a free to play game. There are very little ads (5 sec. videos) usually appearing after you clear a stage, but the game does use a rather annoying energy system that will limit the amount of time you can spend playing. In-apps on the other hand are not that demanding, but to get the best possible items you will have to spend quite a lot crystals, the premium in-game currency. Crystals can be gathered by completing quests, achievements or bought in the form of an IAP.

MoBu 2 is really fun and won’t stress test your device. Even if you have an older phone or tablet,  MoBu 2 will automatically adjusts resolution to run better, that’s even stated on the Play Store Page. Although I am a bit disappointed about the energy system, I must say that the first refill is free, so if you don’t mind that – go ahead and try it for yourself. 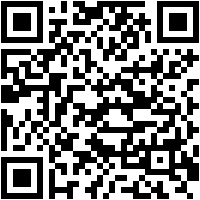