Nostalgia strikes again. The old PC classic Charlie the Duck was released as a remake last year on Steam and Android. The original game dates back to 1996 and was released by Wiering Software, the very same company that made the remake possible. If you never played the original, now is your change to enjoy a cute violence-free platformer that will run on almost any Android device.

The game is a 2D sprite platformer to the core, but instead of plumbers and crazy sisters, the main character is a cute yellow duck. He can swim, he can jump, but he cannot fly. The goal is simple, pass the level (or reach the checkpoint) without dying and collect as many coins as you can along the way. And yes, there are bosses that you will have to defeat.

Wiering Software did an amazing job on the remake. While the game does look the same (maybe even better because of the screen ratio), there is one significant change in the gameplay and that is Charlie’s running speed. The original game had running and walking buttons (similar to Mario bros. on NES) and that is now gone. The running speed is now constant which makes the game very “mobile friendly”. There are only 4 on-screen buttons. Walk left and right on the left screen side, dive and jump on the right. That’s about it. The buttons are semi-transparent and surprisingly responsive, even when doing more complicated maneuvers. Unfortunately, gamepad support is missing, at least without using 3rd party mapping software.

Charlie the Duck offers two different versions on the Play Store, ad supported free and paid full version that has no ads, more levels and the ability to start your adventure directly on World 1, 2 or 3. Hopefully the developers will continue updating the game and add features like Play Games support for leaderboards and cloud-saves and controller support. There is a sequel to the game, released back in 2002, but there is no info if a remake would be released at some point. The paid version of the game is free for the next 2 days (4/10/2018), so grab it and keep it forever. 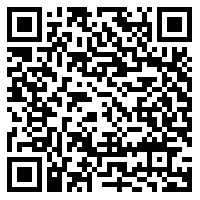