Game developer and publisher Snail Games has finally announced the much-anticipated global version of its latest mobile action MMORPG Blade Reborn. The game is available on the Play Store worldwide, with some exclusion of the far east countries (for no obvious reasons). If you are looking for an adrenaline infused ARPG, go ahead and check it out, you won’t be disappointed.

The main premise is a bit cheesy, but that goes along with the genre. Blade Reborn transports players to Diabolical underworld where lies both opportunities and Dangerous evil beings. Players need to get into the deep dungeon, reveal the secret that left by the old god and eventually seal the portal of the demon world. Right so.

Anyway, at the beginning you will be asked to chose one of the three classes available. Brutalizer, a powerful warrior with strong melee attack, Magic Bow Elven that specializes in ranged attacks and Shadow Assassin that is capable of dealing a huge amounts of burst damage. There are also three character slots per account, so you can have them all if you really like that.

Blade Reborn offers pretty much everything you would expect from a free to play action RPG. There is a central hub where you can communicate with other players, form parties, accept quest and gather or craft gear and there is the dungeon part where all the baddies are waiting to be slaughtered for loot. Each stage is guarded by a boss in the end, with a super boss waiting at the end of each chapter. Controls are quite comfortable with the movement stick on the left (that is relative by the way) and the action buttons on the right. There is no auto-battle feature, so you will have to do all the bashing manually.

After completing each stage of the dungeon, you will receive experience, shards, gold, materials and other crafting goodies and quest items. This can be a bit overwhelming at the beginning for new players, but the game keeps your hand at least when it comes to completing quests and upgrading skills. You will figure out the items when you level up sufficiently to take part in massive PvP fights and Boss challenges. By that time, you will probably have a perfect picture is Blade Reborn is the right game for you.

Graphics, as advertised, are really standing out the most. Animations are typical for this kind of games and enemy models are rendered beautifully. However, this puts a tag on your hardware. Although the game officially requires Android device running on 4.0.3, the reality suggests that there is no machine from that time period that can run this game smoothly, or at least as the developers intended. Space-wise it’s not really that demanding, but you will have to download about 500 mb of data, so keep that in mind if you are on metered connection. To give it a spin, follow the link to the Play Store below and try it out.

* Blade Reborn is NOT available in the countries and regions below at this moment: Mainland China, Taiwan, Hong Kong, Macao, Vietnam, South Korea, and Japan. 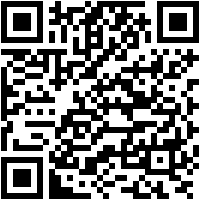 << Hexologic is coming to PC, iOS, Android and Switch
Eat The Fly! >>