Rustling sound approaches from the distance. It’s the barbarians, they launched another attack. Deploy the archers and heat the oil pots to repel the attack and save your villagers. Barbarians are violent creatures and must be stopped at all costs. The only thing standing in their way is THE WALL, use it wisely.

The Wall: Medieval Heroes is a time management game, combined with tower defense elements where you get to protect your village against attackers coming from the east. The first thing you have to learn is how to produce and harvest food, and extract gold from the rocks. Once you collect sufficient amount of resources, you start upgrading buildings and training units that can be deployed behind the wall to counter the attack. Players can unlock fifteen types of soldiers throughout the missions, ranging from heavy shooters, archers with poison arrows, horse riders or even scarecrows that act as a decoy.

If nothing stands in their way, Barbarians will always head towards the wall and the main gate. Once destroyed, they start plundering the village and when 20 of them manage to make their way through, the game is over.

Eight different villages and seven additional game modes can be unlocked by spending green diamonds, the in-game currency that can be gathered by playing. Each possible scenario can be adjusted for difficulty in case you find the game too easy to beat.

The Wall: Medieval Heroes is free to download and play. The green diamonds necessary to unlock all the levels, additional units and various upgrades, can be purchased from the in-app store, but aren’t forced upon you. There are ads in the main menu, but any transaction (cheapest about $1.0) will remove them instantly. The only thing that may bother you is the awkward aspect ratio used, leaving a good portion of your Android screen empty on both sides. The Wall: Medieval Heroes requires Android device running version 2.0.1 or later and about 180 mb of free storage space. 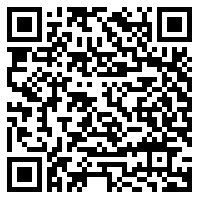 • Perfect the art of war a little more with each new game
• 14 different units to unlock
• Many possible improvements according to your attacking style!
• A smart combination of tower defense and strategy
• 8 different villages to unlock
• 7 game modes for an extended challenge
• Defend your village!