One of the most addicting “sim” games on Android, New Star Soccer, was updated over the weekend, introducing couple of new features and one pretty big change. Developers decided to drop the price tag and offer the game free of charge. Hold on, what about all the customers that paid for their copy before? Well….

New Star Soccer dates way back to 2001, but really “kicked-off” in 2010 (NSS4) when it became widely available across multiple platforms. New Star Soccer allows players to fulfill their dream of becoming football/soccer superstar by managing their career from day 1. You start off as nobody in some lower league club, completely broke with nothing but your talent to rely on. Once you hit the field, you start earning money and respect that will help you define your lifestyle. Please the fans, suck it up to your boss, work with your team or take your girlfriend out on a romantic dinner, it’s up to you. There are no straight-out “wrong” decisions you can make, but ignoring one aspect of your life completely can break your career for good.

Matches play out automatically unless you get a chance to interact with the ball directly at which point the screen changes and you get to see the playfield and all your teammates. Depending on your position, you will have to decide whether to shoot, pass or assist some other team member through a series of precision gestures that also allow you to control the ball trajectory and speed. After the match is over, your performance is reviewed and you get to collect all the stars you earn. Stars were the main currency needed to buy energy drinks that restore your stamina, new items, boosts and pretty much everything else.

You still get the same amount of stars that you used to, but now some of the top-tier items can only be purchased by spending real money. To get the black energy drink that improves your skills and relationships will cost you $0.91 and $3.18 for the 4-pack respectively. Getting the level 3 Agent and Trainer will set you back for $2.38. This is not where it ends unfortunately, you can buy the “pro license” pack ($0.91) containing one agent and one trainer (probably from the lowest tier), transfer to a new club or new contract with the current club. This pack will also, get this, remove all the ads popping out occasionally.  You can also buy additional stars or new weather effects…

Now, this would be fine (or would it?) if this was a brand new game seeking for its place on the market. But it’s not. It has been around for a while and plenty of people already paid $1.99 to get their copy before the patch. This is NOT how you keep your fanbase happy. The developers could easily release this patch as separate game with different title and keep the original New Star Soccer intact. Unfortunately, that obviously didn’t happen as excising customers keep piling up “1 star only” reviews on the Play Store.

Furthermore, Google should seriously reconsider their “publisher policies” and what exactly are they allowing them to do. I am not saying Google is the problem in this particular case, but it’s definitely not a part of the solution either. Publishers can even pull their paid app completely off the Play Store for good, leaving you empty handed wondering what exactly did you spend your money on. Did you actually buy that piece of software or just rented for a period of time? Fix it Google. 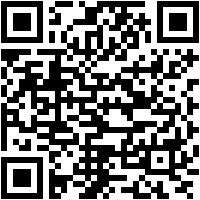