A sequel to the mobile hit game MMX Hill Dash from Hutch Games was released on Android and iOS few days ago. Since the original game attracted over 25 million downloads (across platforms), the hopes are high for MMX Hill Dash 2 – Offroad Truck, Car & Bike Racing. The game is already available worldwide and has over 100.000 downloads on Android only.

If you are not familiar with the franchise, you are probably expecting something like “MX vs ATV” or “nail’d”. Well you might be slightly disappointed as MMX Hill Dash 2 is actually a line racer, but it’s pretty good. Your job is to basically  “survive” and complete the stage, winning comes second. You won’t be racing against other people in real-time, but their “ghosts” and try to beat their scores. The controls are as simple as they can be. You have the gas and break pedals and nothing else. Aside from their primary function, the two buttons will also rotate your car while in mid-air, which is essential as landing on your back is not good – by default.

Once you get used to the controls – and for some reason the complete absence of the gyroscope support, it’s time to move forward. Each level has one check point from which you can continue if you spend gems (the premium in-game currency) or watch an ad. While you fail, you will collect car tokens that are used to upgrade the four different stats of your vehicle, speed, grip, stability and tires. All of this slowly ads up and makes you easier to handle the car and finally pass the level.

After you reach level 3, you will get an opportunity to play the mini-game, win prizes and garage parts to customize your car. The mini-game is purely luck based. The car drives in straight line and at each checkpoint you will be offered to choose among couple of cards. One is bomb, the other ones are goodies. Draw the bomb and game-over, you lose everything you gathered so far. Any other card will let you proceed to the next check point where you can try your luck again, or give up and keep the rewards you claimed so far. The mini-game refreshes every 24 hours, so no, you can’t just try over and over.

After finishing level 5, you can enter “The Arena” where you can test your skills against other players or enter tournaments. Other cars can be unlocked by beating certain times on specific levels and the grand prize is a full sized bad-ass TANK. Of course, if you can’t beat the times there is an option to spend gems and unlock everything instantly.

MMX Hill Dash 2 offers plenty and while it seems brutally hard at first, keep in mind that there is no energy system at all and you can play (and grind) as much as you like. The game does require an Android 5.0 device to run and about 150 mb of storage space, but it’s not very CPU and GPU intensive. MMX Hill Dash 2 also works in offline mode, but will require internet to receive free gems from watching ads or playing in the arena. It’s easy to pick up and play and costs nothing, watch the trailer below and download it from the Play Store. 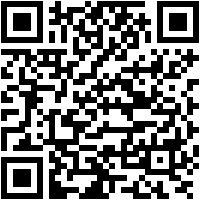