Originally developed by Technōs and published by Taito as coin-op arcade game in 1987, Double Dragon set couple of standards that were later adopted by many arcade games in the years to come. Almost 23 years later, Billy and Jimmy will complete their mission(s) once again on our portable devices in Double Dragon Trilogy by DotEmu.

Billy and Jimmy are twin brothers (also known as Hammer & Spike), minding their own business, until one day when members of the “Black Shadow Gang” decide to kidnap Billy’s girlfriend Marian. What they didn’t know is that both Billy and Jimmy have been practicing martial arts for years and have very little tolerance for girlfriend abducting gang members. Without any hesitation, they decide to go on a mission to rescue Marian from the evil boss hideout, while kicking as many gang butts as possible along the way.

DotEmu’s Double Dragon Trilogy contains the original game plus both sequels, Double Dragon II: The Revenge and Double Dragon 3: The Rosetta Stone. To make your money worth, the developers added couple of improvements and optimizations necessary to help you through your touch-sensitive journey. There are now 2 game modes. The “story” mode allows you to unlock new stages and achievements as you play and the arcade mode that plays like the original coin-op arcade game with only one exception – there are no credits or continues! If you want a complete play-through of any title, you will have to do it in the story mode where after you die, you can start a new game from the last level unlocked. Even that isn’t very helpful as you still need to complete the actual level in one dash. This “oversight” from the developers renders the shop in DD3 useless as you can’t insert coins and buy some of the power-ups sold there.

On the bright side, there are 3 difficulty levels to chose from. Regardless of your arcade skill level, check out the easiest one first where you get to drop enemies with couple of hits while learning the control scheme. The default button layout places the 3 action buttons vertically on the right screen size, trying not to cover the actual playfield too much. While it does look nice, this layout makes couple of moves involving multiple button combinations (including the ever-so-popular elbow punch) hard to pull-off. Luckily, you can re-arrange the entire GUI and find the combination that works best for you. Gamepad owners will be glad to know that Double Dragon Trilogy has integrated support for most pads, including the Moga pro and the nvidia Shield.

Graphic-vise, all the games included look exactly as they did 20 years ago. Sure, there is a texture filtering option (turned on by default) that makes everything less pixelated, turn it off and you get the same old graphics that can be classified as “pixel-art” by today’s standards. The scanline filtering option is also there if you really like that retro arcade look of the CRT era.

The gameplay in general feels and looks nice, the touch-screen controls are responsive and there are is no lag or slowdowns even on older devices with single core cpu’s. Except for Double Dragon 3: Rosetta Stone that tends to skip frames for some reason, resulting in stop-motion like animation that renders the game unplayable. This is not a fps problem as the meter always shows 60 fps on multiple devices with different specs, but rather a bug that needs to be fixed in some of the future updates.

One of the best features Double Dragon Trilogy has to offer is the 2 player bluetooth co-op mode that simply works as long as you stay reasonably close to your partner. The game also has Google Game Services support for achievements and leaderboards, offers a brand new remastered soundtrack (beside the original one) and costs about $3.60, price that can easily be justified by all the features you get.  Double Dragon 3 will probably be fixed somewhere down the road and if this is a deal-breaker for you, give it some time and wait for the next update. To celebrate the launch of Double Dragon Trilogy, DotEmu slashed the prices of all their games, so make sure you check them out even if you don’t intend to buy this one. 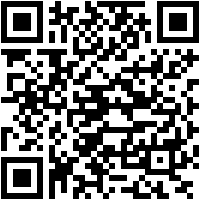