Dhoom 3 The Game launches on Android

The highly anticipated upcoming Bollywood action thriller movie Dhoom3, just got its own game that should keep all the fans busy while waiting for the premiere on December 20. Dhoom 3 The Game was debuted exclusively on the Windows phone marketplace about a month ago and is now available worldwide for download on iOS, Android and Blackberry 10 platforms.

After successfully robbing the federal bank reserves, The Clown Thief, Sahir needs an escape route. Sahir’s only hope is to outrun ACP Jai Dixit, Ali and all the regular cops patrolling the streets of Chicago. That’s where you come in, as you take control of his Super Bike and start rushing forward.

Dhoom 3 The Game is an endless runner (or driver, rider?) type of game where your primary goal is to avoid hitting anything while cruising down the road. Your secondary goal is to collect all the coins and power-ups you come across. If you find yourself cornered, you can use the famous “Sonic Pulse” to blow away everything in front of you or tap the “Shield” power-up that makes you invulnerable for a short while. There are 2 control schemes available, the standard touch-based tap controls and tilt based steering that works quite nice by the way.

Spend your coins to buy extra shield and sonic pulse charges from the in-game store where you also get all the upgrades, new bikes and new costumes to help you drive faster. If you run out of coins or want everything right from the start, couple of “coin bundles” can be purchased for real money from within the game. This, however, is purely optional as everything can be unlocked by playing. There are no ads and Dhoom 3 The Game can be freely downloaded from the Android Play Store. 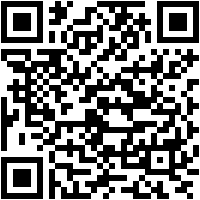 Game Features:
* State-of-the-Art Graphics for an awesome gameplay experience!
* Responsive Accelerometer and Tap Controls to steer you to victory!
* Collect Coins In-Game and use them to buy cool bikes, racing suits and Power-Ups!
* Hit extreme speed with Nitro boosts, clear your way with powerful Sonic blasts and become invincible with Shields.
* Race up the Leaderboards and show everyone you are the master of your destiny!