A team of 4 individuals joined arms for the past year to work together on creating their first game ever on the Android platform. The fruit of their labor is “Big Tower”, a tower defense game with interesting plot and gameplay that encourages players to explore and combine towers while killing waves of enemies from different time periods.

The story begins with Prof. Genius and  Prof. Kinky who enter the annual science competition where they try to create the biggest invention ever and win the event. Driven by the desire to win and inspired by his nephew, KidZ, Prof. Genius decides to build “the biggest tower ever” or simply called “The Big Tower”. Unfortunately, in order to power up the tower itself, KidZ needs to recover various mystical artifact scattered through different eras of the human history.

There are 32 levels spread across 8 different eras are standing between KidZ and his goal where players will face different enemies such as dinosaurs, vikings, Gauls, and many more.  The unique gameplay model allows you to fully customize your towers by using some of the 84 different parts available, or as the developers said “Want to build a tower that shoots rainbow lasers? You got it!”

Big Tower is Insane Sheep’s first game developed and released on the Android platform. The full version comes with a price tag of $1.99, but anyone interested can download the free demo version first and try it out without constantly checking Google’s 15 minute refund window. The game should run smoothly on most devices running Android 2.2 or later. Or if it doesn’t – ” Please excuse any erratic behaviour from our app. We are only 4 homo-sapiens.” – the Insane Sheep team. 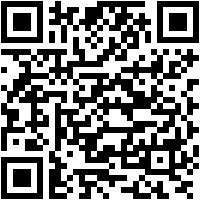 – There’s 84 parts to unlock (that’s a lot of combinations)
– 8 epic boss battles throughout 32 levels
– Retro styled graphics and sound (that’s when you know we’re a true indie developer).
– 8 types of enemies and 42 different looking foes to beat
– Features a story that involves time travelling to the past, visiting past battles and historical figures