Bounty Arms by Kerosene is brand new side scrolling beat-em-up, kill-em-up, smash-em-up game that delivers extraordinary graphics and tons of action. You will get to play with all sorts of weapons, from flying pigs, to dragon head shotguns, giant fly swatters and special abilities, while engaging bosses in epic battles.

Bounty Arms features 3 playable heroes, 10 levels packed up with all sorts of weapons, intriguing pet system, bounties, quests and lots of hidden items and areas to explore. The game was optimized and simplified for touch based controls and provides ultra responsive virtual joystick to ensure undisturbed character movement.

The fact that this is one of the games NVIDIA used to showcase their Tegra 3 chip back in 2012 speaks volumes, but fear not, the game is compatible with all major GPU manufacturers.

The current price tag is $4.99, and you can buy Bounty Arms by visiting the Play Store link below. 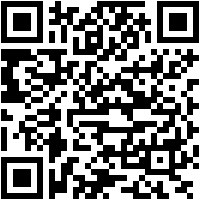