Air Combat Pilot: WW2 Pacific is a brand new “action-sim” game released by eV Interactive. The game is neither simulation nor arcade flyer, but sits somewhere in-between. There are over a dozen iconic WW2 aircraft that you can take for a spin, upgrade their abilities and complete missions to earn achievements and prestige.

The game places you in a cockpit of an American airplane from the World War II and gives you a bunch of stuff to do. Players will start with only one aircraft, the “T-6 Texan” that can be used to complete the introductory missions and earn some cache needed to unlock and upgrade other planes. The first couple of missions will teach you how to control your plane, maneuver around obstacles, shoot, drop cargoes and bombs over the designated targets and so on.

Chicago indie studio head Matthew Harmon said: “We spent our time making the game ‘feel real’ while keeping it fun for a large audience of mobile players.  Gameplay always comes first, but we also worked to maintain a reverence for the subject-matter.”

And they did. The game offers two control modes. The first one uses your device’s accelerometer and enables you to tilt your phone/tablet, while the second one is the touch optimized HUD. The on-screen commands exceed the simple touch/swipe gestures present in similar games by adding manual rudder and throttle controls, as well as pivot and fire buttons. While it seems a bit complicated, after a while you will get used to it and maneuvering the plane will become a lot easier.

The biggest drawback of Air Combat Pilot is the complete absence of multiplayer game modes. While the game does offer 40 different missions and over 160 objectives to complete, dogfights and co-op team fights would really give it the push it deserves. Even so, the graphics are very well done and the whole atmosphere of the gameplay is spot on. Unfortunately the game also lacks Google Game Services implementation, so cloud saves and account-bound achievements are out of the question (although, you can still earn in-game achievements, ranks and medals).

Air Combat Pilot uses a reasonable free-to-play model. You can earn the in-game currency while playing, completing missions and chasing bonus objectives. There are in-app purchases, but also unskippable ads after missions. However, you can play as much as you want as there are no in-game timers or energy systems restricting your gameplay. The game requires an Android device running at least version 4.1, 512mb or more RAM (1GB for nicer visuals) and takes about 170mb of storage space. It will work in offline mode too. 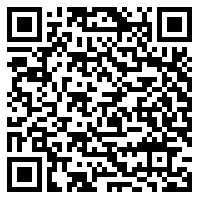