ZombiED is a brand new zombie themed tower defense game, coming from the developers over at zinWorks Studios. This seems to be their first game (at least on Android) and from what I experienced, they pretty much nailed it. ZombiED is also available on iOS and is free on both platforms.

We are looking at a standard tower defense game with pre-defined lane movement. The theme revolves around zombies (doh), their attempt at escaping from their ground zero point (W. R. Martin Memorial School) and your plan of stopping them.

All glory to the tennis ball towers!

There are 13 levels available, with 4 difficulty setting at your disposal. Easy, normal, hard and ZombiED. The idea here is that each level is an endless adventure and the more waves you survive, more experience you gain. Experience is pretty much your top concern as new levels unlock when you level up, along with more tower upgrades that are also proportional to your level. For example, at level 1 you can upgrade each tower only once (choosing between damage, range and speed most of the time). At level 2 you can upgrade them twice, at level 3 thrice and so on.

Speaking of towers, there are 9 of them that you can place at designated spots (for tower placement) on the map. Each time you build a tower, the next one from the same type will cost more. Strategically placing the towers is your only chance to survive past wave 5 or 6 as the game is significantly harder on the beginning. Money is tight and there is no room for mistakes, even on the easiest difficulty.

ZombiED is a 3D game and the graphics are OK for the most part. There are 24 different zombie types that look and walk in a cartoonish, funny way. However, sometimes it does feel like they are missing couple of polygons to make them smoother. In general the game looks good and more importantly, runs good on most Android devices.

ZombiED is free to play on both platforms. There are ads that you can watch to gain some resources, experience or life. There are also auto-ads that can be skipped after 5 seconds, usually appearing after you finish a level. The only in-app purchase is to remove the ads and nothing else.

The game will happily run in “offline mode” and there is no “stamina” system standing in your way, so play as much as you want to. The only thing missing is a button to launch multiple waves of zombies at the same time, especially in times when you are a bit over-powered for the current wave, but that may be added later. As the developers promised:

Release is only the beginning of the ZombiED with updates, new weapons and levels planned in the future, you can be sure that investing your time into the cult tower-defense smash will be rewarding for months to come.

So if you like TD games, go ahead and check this one out from the link below. 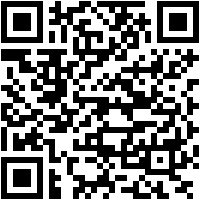